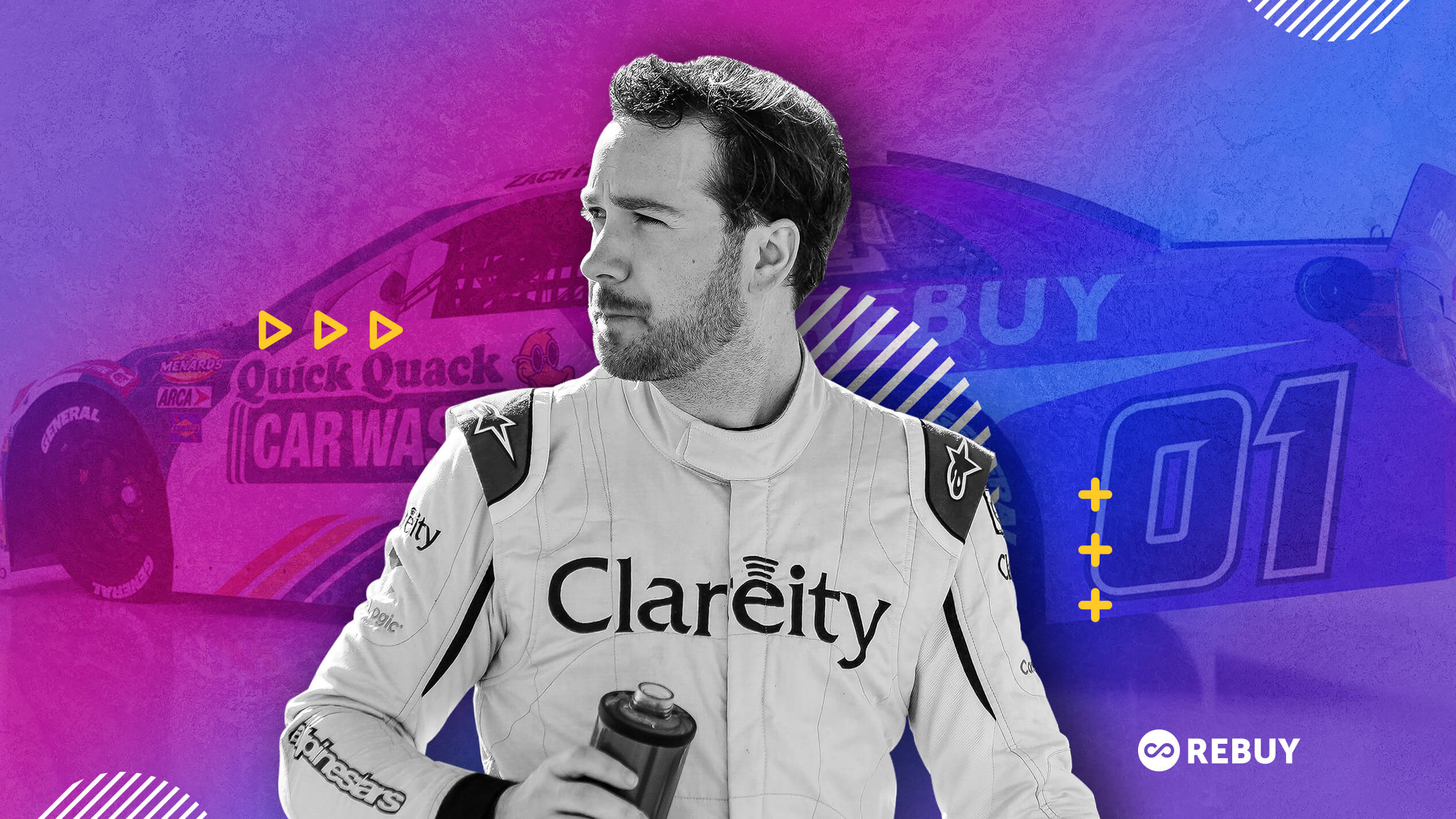 He walked away from the sport he loved. Now, professional stock car racer Zach Herrin is back. This time, as his true self: a gay pro race car driver.

Sometimes, stepping back is the best way to move forward.

To racing prodigy Zach Herrin, that meant leaving the sport he loved to find himself and reflect on his life. Now, he's back in the driver's seat. And this time around, he's doing it on his terms.

Herrin grew up in a family of racing enthusiasts and started racing at age 5. (His brother, Josh, is a professional motorcycle racer.) At age 10, he was traveling the country and racing motorcycles. After turning pro at 16 years old, he looked around the world of motorsports he loved so much and realized: he didn’t feel welcome. So, he left the sport. 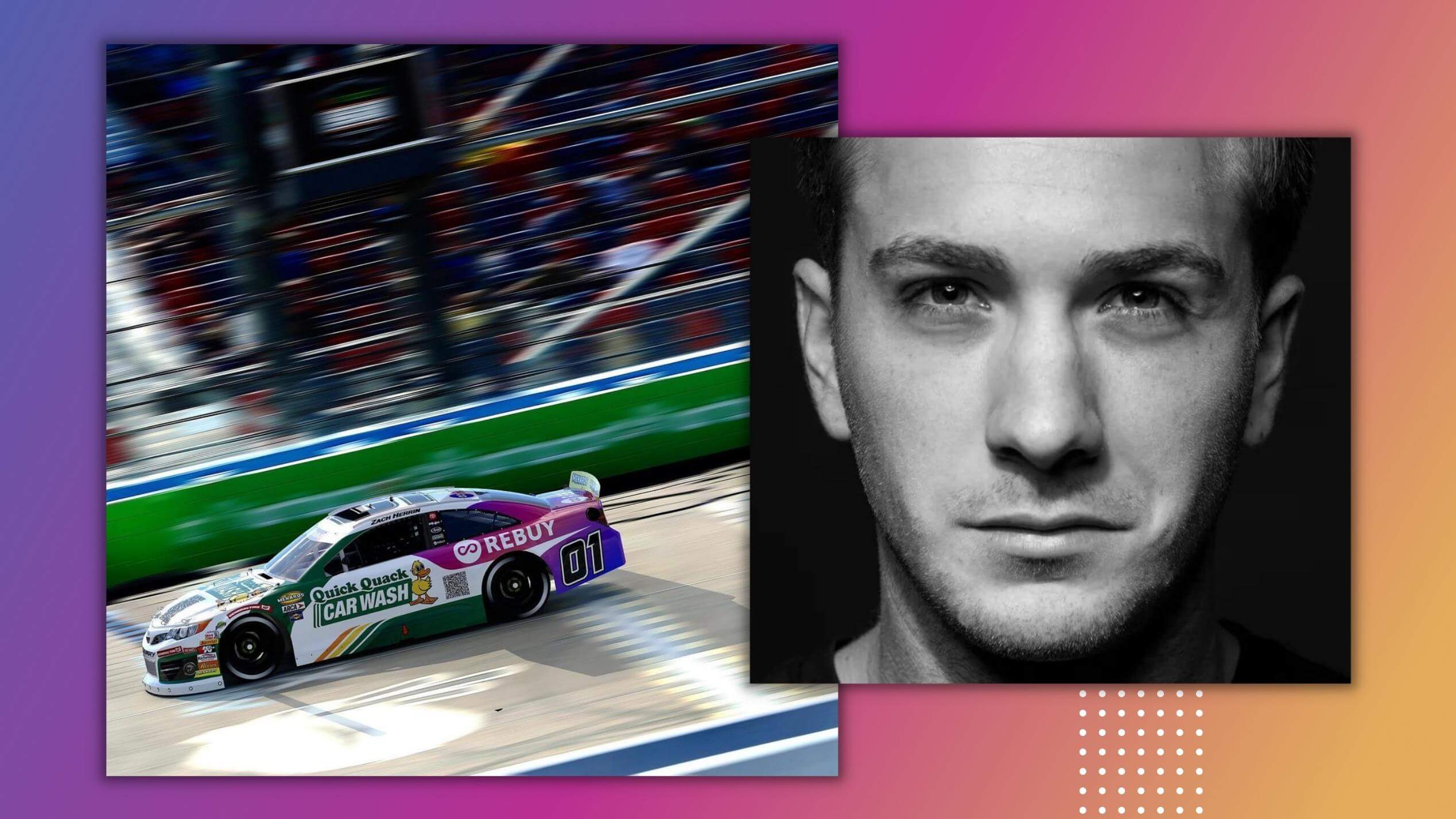 But all the while, the need for speed called to him. “I’ve fought for this my entire life. It’s all I think about,” says Herrin. He came out last December, announcing he was gay in a message on social media. After a six-year hiatus, he's returning to the sport.

“We are proud to team up with Zach Herrin and Fast Track Racing. Zach’s values really align with ours as a company. Innovation. Risk-taking. Creativity. Authenticity. It’s what every startup is about.” - Andrew Jones, VP of Marketing at Rebuy

But before he could get behind the wheel, Zach needed sponsors.

In an interview with People last June, he announced that he and his team hoped to secure much-needed sponsorships. Rebuy answered the call, teaming up with Fast Track Racing to become the official sponsor of NASCAR's Zach Herrin and the No. 01 Toyota Camry. “We are proud to team up with Zach Herrin and Fast Track Racing,” says Andrew Jones, VP of Marketing at Rebuy. “Zach’s values really align with ours as a company. Innovation. Risk-taking. Creativity. Authenticity. It’s what every startup is about.”

“On television, you don’t get to appreciate that they’re going an average of 185 miles per hour, inches away from each other. A crash is gonna happen. It’s the name of the game.” - Zach Herrin

To Herrin, it was like a green light on the road to redemption. “I’m really excited to push a Rebuy racing platform even if it’s a simple hashtag like #rebuyracing.” And let’s face it, with a name like Rebuy Engine, it just makes sense. “Fans are gonna love it,” says Herrin.

Are You Gonna Go My Way?

NASCAR is one of the most popular sports in America. Millions of people tune in each year to watch it on television. But to the spectators that attend a live NASCAR race, the experience is visceral. The sheer speed of the cars. The smell of burning rubber. The roar of the engines. It’s a whole vibe.

“It’s something you have to experience in person,” says Herrin. “On television, you don’t get to appreciate that they’re going an average of 185 miles per hour, inches away from each other. A crash is gonna happen. It’s the name of the game.”

“The past few years have seen a massive jump in new demographics and new brands getting involved.”

When Herrin takes the green flag at the Desert Diamond Casino West Valley 100 during the 2022 NASCAR Championship Weekend this November 4th, he’ll be at the wheel of a stock Toyota Camry with no doors, no AC, and 600 horsepower. Giddy up. 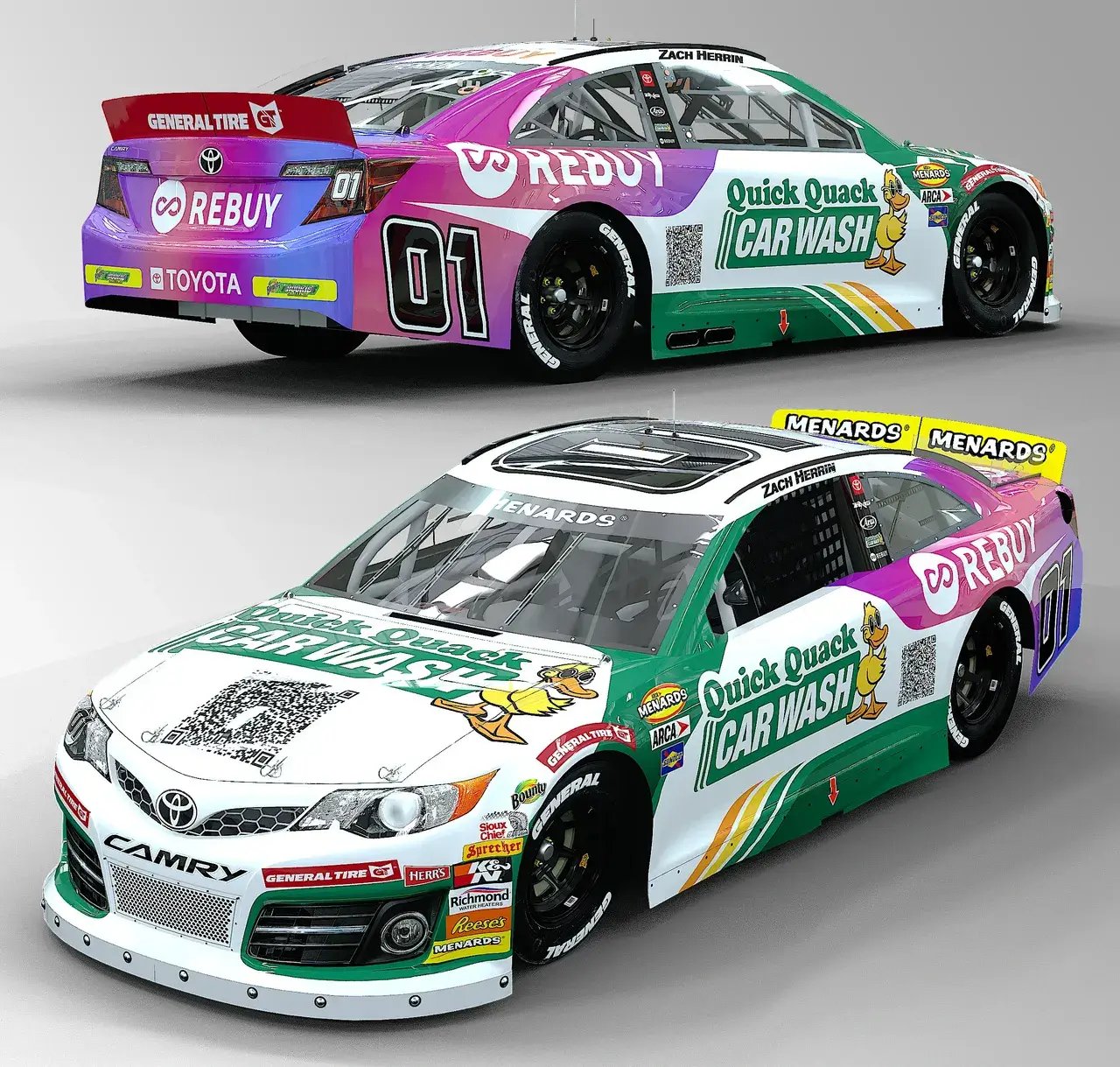 Due to a number of factors (including a plethora of complicated rule changes), NASCAR viewership had been steadily declining for decades. Herrin laments that many NASCAR fans who are LGBTQ+ have attended an event but don’t return because of uncomfortable or unwelcoming experiences.

Now, with the number of NASCAR fans on the rise and the arrival of new fans in recent years, the sport is experiencing an uptick. “The past few years have seen a massive jump in new demographics and new brands getting involved,” explains Herrin. “NASCAR is the biggest sport in North America from February to September. It also helps that Pitbull and [Michael] Jordan are starting their own teams.” (Pitbull even performed live at Los Angles Memorial Coliseum on 2.6.2022 for the NASCAR Cup Series on FOX.)

Eyes on the Prize

Herrin’s goal in returning to the track is two-fold. First, he’s committed to building a successful career as a NASCAR driver. And second, he hopes his return to racing inspires young athlete drivers moving up the ranks to understand that no matter what makes them different, they can still follow their dreams. “We’re gonna build a space here for us. Because at the end of the day, we’re all here at the racetrack together, bonding over our love of racing," says Herrin.

He adds: “It’s not your grandparents’ sport anymore.”

🏁🏁🏁 Don't miss Zach's return to the track! He competes on November 4 (2022 NASCAR Championship Weekend) at the Phoenix Raceway in the Desert Diamond Casino West Valley 100 to determine the ARCA Menards Series West Champion. 🏁🏁🏁

To keep up with the latest trends, platform updates, and more, follow us on LinkedIn.

5 Questions With Chase Clymer from Electric Eye: Sales Process, Exclusion Audiences, and How to Delegate

Really optimize the journey from homepage to collection page to product to cart.

Go From Holiday Nightmare to Holiday Magic: Use Intelligent Personalization to Power Your Online Store, Optimize for Retention, and Win the Holidays

The 4th quarter could be your best ever thanks to Rebuy’s personalized recommendations and custom cart. Here’s how to set yourself up for success...